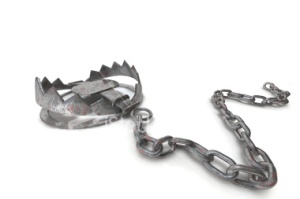 “I’d sooner chew my leg off

than be trapped in this,

How easy you think of all of this as bittersweet me.

I couldn’t taste i,. I’m tired and naked.

I don’t know what I’m hungry for,

I don’t know what I want anymore.”

And now I didn’t want it any more.

It wasn’t his fault. He was a really good guy. Smart, loving. I can’t even say he was an ass. But I was falling out of love with someone I had fallen for in an intense way.

We started dating my Junior year of college. I had obsessed over him from afar and then we met. And I tumbled into a crazy romance. He was fun and spontaneous. I called him my “Bobby McGhee.” A bad boy with a heart of gold. But now I wasn’t feeling all the romance of “riding a Diesel Dan all the way to New Orleans.” I needed something, someone else and I knew he wasn’t it.

For months I turned it over and over in my head.

What if I leave him and he’s the last person I ever love?

I would tug nervously on my necklace trying to decipher my true feelings.

Was I freaked out at talk of engagement and looking for a house together? Was it too much in the post college reality check that is real life?

I felt like the choice I would make would impact the rest of my life. I could see living with him and spending a life with him. We got along well, never really fought. We had fun. But was that enough?

Or I could end up spending the rest of my life alone, mourning my one shot at happiness and love.

I would leave my desk at work and pace around the parking garage, my mind racing, trying to gulp in as much air as possible before going back inside.

I could never get enough air.

Each day brought more urgency. He started to question me, he knew something wasn’t right. I shrugged off his concerns, wearing a mask of normalcy.

All the while I felt my throat constricting.

I would encourage him to have nights out with his friends. I would pour a glass of wine and turn on some Hendrix and sit with my notebook, writing and journaling, hoping the answer would flow from my pen or from the fermented grapes that eased my tension.

I was growing increasingly frustrated. I always lived my life by following my instincts and trusting my gut and my intestinal flora was deafeningly silent. I felt like I was going to make a major life decision and possibly hurt a good person who I cared deeply about and I had nothing to base it on.

Just tell me which way to go. I’ll pay attention, I promise. Just give me something. Nothing. No song on the radio, no major disagreement, no “aha” moment. Thanks for nothing.

I was biding my time and running in place.

Then one night I ended up at a bar with the girls from work on a Friday night. I didn’t even feel like going out, but I couldn’t bear the thought of sitting in the apartment with him all night, pretending. One of the girls left the table and came back “Joe’s coming. I called him.” All of a sudden I was awake. He walked in and smiled the smile that lights up the whole room. I tried to not notice.

We ended up playing pool in a back room of the bar. Somehow he and I were locked in conversation all night. We drifted from bar to bar with our work friends, almost oblivious to all the people we were with.

At one bar there was a guy with a guitar and a galvanized metal bucket for tips. I turned to Joe. “We should request a song!” He agreed and I told him I wanted to hear “Lola.” He dropped a generous amount of money in the bucket as he leaned in to speak to the singer and walked back to the table with a satisfied grin.

Soon the group was breaking up, some were going home, some going to dance. Joe asked if I wanted to go grab a beer and talk. We sat at a sticky booth in the only quiet bar in Buckhead and talked about nothing and everything. As he drove me home I started to get nervous. This had started as an innocent night out with friends and ended up feeling like a date.

And now I was going home to my boyfriend.

As soon as he parked the car, I leapt out and shouted a quick “Thanks” before sprinting for the door. Blessedly the apartment was dark and quiet. I crawled into bed and feigned sleep while my heart raced frantically.

The next morning I awoke to laughter. I sat on the couch as casually as possible. I felt like I should be wearing a scarlett letter on my chest.

An Andy Kaufmann special was on t.v. All of a sudden, the room felt like it was pulsating. The t.v., his laughter, it was amplified. I started to sweat. I tried to focus on the show and distract myself. But the t.v. kept getting louder and louder. The voices sounding more manic and my mind racing frantically. My breathing got more shallow and raspy. I got up and started to pace around the living room. I went outside into the parking lot. The fresh air did nothing to alleviate the weight pressing on my chest, the tightening around my neck. By the time I went back inside I knew I needed to go to the hospital. Something wasn’t right.

I don’t know if I stayed conscious during the car ride. By the time we got to the E.R. I was pretty sure that something horrible was happening. I imagined some obscure allergic reaction. I talked, in between gasps for breath, giving instructions.

You have to tell my family I love them. Promise me you’ll tell them. I thought I was passing along my good-byes by proxy.

They ordered XRays of my chest and my throat. I was floating in and out of consciousness when the Doctor returned to talk to us.

“You’re fine.” I was fine. “Physically, you’re fine.” Oh. Ok. No one’s ever made that qualification to me before. But ok.

He proceeded to explain that I was having a severe panic attack. He explained the power of the mind to make the body feel very real sensations. I felt like my worst fears were coming true, I had always had an intense fear of mental illness. As a young girl I had visions of living life strapped to a bed, a life spent contorted in a straight jacket or watered down on pills. I lamented the lack of a physical ailment to explain my symptoms. I was kind of freaked out and in shock. I know what I felt was real physical feelings.

My throat was closing.

But it was all in my head.

That night I insisted that he go out with our friends. I was too tired from ingesting my first taste of Ativan and experiencing a perceived near death to do anything. He insisted on staying with me.

Why does he have to be so damn nice?

But I made him go. I needed to be alone to process the day.

I sat in the silence of the apartment trying to sort it all out. What the hell was going on with me? How did this happen? I started writing in my notebook. I let my hand take over, writing the words, shaping the phrases. I didn’t even know what would show up on the page, I just let it happen. And there it was. I need to leave.

I needed to leave. Not because he was awful. Not because he was bad. But because it wasn’t right for me. What had once been so right was completely wrong now. And I needed to leave. My body had been screaming at me for six months. My throat had been in a vice, tightening a little more each minute. And I ignored all of it. I searched, I prayed, I listened for the silent voices. All along I was forsaking the only voice that mattered. The voice that was getting muffled with each day of trudging on, with each day of looking somewhere other than the one place the answers resided. The voice that would stop my breath before it let me ignore it. The voice that I would realize, so many years later, was more vital than water.

“Lola” The Kinks. ‘Cause who doesn’t love this song?

Have you had issues with anxiety? Have you ever ignored that “inner voice” that speaks to you? What were the consequences? Do you have a favorite song you request? 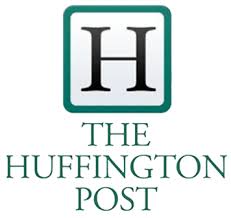