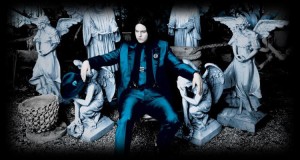 High Ball Stepper starts off with a high pitched chorus, followed by a short piano interlude. Then comes the bass, signature Jack White staccato guitar and drum rhythm. I dare you to listen and not have some part of your body pulsing right along with the beat. Then comes the electric assault. Sweet relief of a full-on plugged-in raw and gritty guitar. Revel in this, all that is good and bad in a good way about rock. And just when you think it can’t get any dirtier, there’s an explosion of fuzzy guitar muddied with reverb and wailing. It’s a tumultuous ride, this High Ball Stepper.

I implore you, play it loud. Plug in some headphones, listen to it in your car, but turn it up until you feel it. As always, enjoy…

“All the years of paradise, paradigms, paralyze us.  You’re crazy.  All the cards you’ve organized, shuffled twice in front of my eyes, Everyone has needs, wants, a cold gun.  Lights low, go on baby go.  It’s a bad time, I’m on a tightrope.”

-Young The Giant, It’s About Time

This is the first single off Young The Giant’s new album that just came out on January 21.  I’m not completely sure what this song’s about…  a revolt, a rebellion?  A metaphor for a relationship?   Maybe all three.  But whatever the meaning, I love the lyrics quoted above.  Who can’t relate to that at some point (well, minus the gun).  This song is a little more rock than their previous stuff, which is probably why I was drawn to it.  It really shines when it breaks down at the chorus and then ramps up again…  Enjoy!