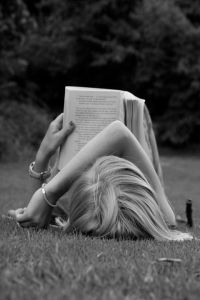 You simply must meet her. Paige is mystifying. Infuriating. Bewildering. She’s also the protagonist in Mandi Castle’s debut novel, Dear Stephanie. You’ll want to resist her allure. You’ll want to hate her. But be warned, your resistance is futile. Prepare to be seduced.

How often have you looked at someone in envy. Someone who seems to “have it all.” Their life seems to be a seamless string of perfection. Maybe it’s the celebrity who’s gorgeous and talented. Maybe it’s the person you see in your day to day life, the one who’s always smiling their mega-watt smile and effortlessly gliding through their day.

Maybe you even know one of these people, on a personal level. They keep you at an arms length, beguiling you with their wit. But there’s never that moment. You know, the moment where you relate. Where you see the human behind the face.

So you go on thinking they have it all together. And that’s what they want. Because pain and suffering and depression and mental illness like to lurk in the dark. That’s where those beasts grow and flourish. Hidden and cloaked in shame, they only show you what you want to see. What’s acceptable. Comfortable. Because light exposes weakness and exposing weakness means admitting and dealing with and confronting. And if you are weighted down by depression that’s the last thing you’re looking to do.

And so it begins with Paige. She has it all and she doesn’t mind telling you so. She flaunts her perfection. She revels in the distant adulation. She goes to great pains to make you think that there is no crack in the foundation. That her world is flawless. She will distract you with steamy and heated scenarios. She will have you breathing heavy and sweating. She will lure you with her innuendo. She will be blunt. She will ensnare you. In spite of yourself. Because she represents shallow and vain, and those aren’t attractive qualities. But she will prevail. You are now enthralled.

And this is when it gets real.

Layer by layer she is revealed to you. So subtly you barely realize it’s happening. You come-to from your reader’s trance and realize that you have connected with this character that you started out loathing. When did that happen? How was I duped?

You find yourself deeper into the psyche of this mysterious character. Only to realize there’s so much more. You begin to relate. You start to see the hows and the whys and the who’s. And it all makes sense. It’s all so tragic.

And it’s all so brilliant.

Because this book takes you on the journey, the arc that so many who come across a Paige in their real life, know all too well. The facade. The seduction. The bravado. But then, once a tiny fracture appears, the real. The pain. The sorrow. The suffering. The hidden truths that lie within a broken person.

And once you get past the lure of the glamour and the hedonism, you start to see the things that make up this person. And that’s when you really become invested.

And as abruptly as it started, the seduction is over. But isn’t that the way with an enticing frolic? The allure pulls you in and before you know it you’re left looking around trying to figure out what just happened.

And so it ends with Dear Stephanie. 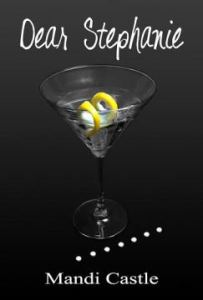 Paige Preston wants to end her life. After an unsuccessful attempt, she lands herself in mandatory therapy with a sexy psychiatrist. When he and an even more alluring friend begin to help her break down the walls she’s spent a lifetime building, Paige begins to see something bigger than herself. Is it enough to pull her out of her dark world and help her finally feel like a human? Or will letting someone in be the final step toward her demise?

Dear Stephanie is a sinfully addictive walk through a world of beauty, affluence, and incidental love that effortlessly moves the reader between laughter, tears, heartache, and hope with the turn of every “Paige.”

Mandi Castle is a daydreaming stay at home mom of two who spends most her time reading and writing. She loves watching football, is obsessed with music, and has a serious addiction to smart funny people. She can often be caught having dance parties in her kitchen in Dallas, Texas. To connect more visit her at mandicastle.com.