Sexual assault is like a death. A death of who you would have been. Who you were before. It is a violation of the body and the mind, but most profoundly, the soul. Many of us survive by allowing that part of us, the innocent part, to die.

This is how I survived what he did to me. I was three, maybe four. I can’t be sure because the details of mundane facts are secondary to the horrors I can’t escape. The date, the season, his last name- all facts that are blurred by the senses. By the fear that gripped my belly. By the smells and the sounds and the tastes. He was 18. Still a boy? Almost a man? Acting out youthful urges? Or a sick person who couldn’t see me as human?

I didn’t tell anyone. Not telling was crucial to my survival. If I’d told, if I’d been forced to tell, it would have killed the new me. The one who was trying to put a life together after her death. I don’t think I could have survived two deaths. So I buried it deep, refused to talk about it, pushed away the memories that would creep back with persistence. I buried her, but she was always there. The things that happened to her were the background noise in my life. I got so used to it that I was able to forget it was there. Until something reminded me. A smell. A sound. A name. A nightmare.

This is how I went through life for thirty six years. Ignoring her ghost. Shoving the memories away as soon as they crept into my conscious. I was determined to be fine.

This is what we do. We survive, we shed the ghost of who we were, who we could have been. We move on and move forward. And most of us never tell.

Shame. Guilt. Complicity. Fear. Knowing you won’t be believed. Knowing he won’t be punished or prosecuted or caught. Hearing the narrative your whole life, the victim blaming. The what was she wearing, how much did she drink, did she flirt, she shouldn’t have been there, why didn’t she tell sooner  that drips with a combination of ignorance and contempt. All of this is amplified for those of us who have died and survived. We hear them talking about us.

But they don’t know the truth about us.

Our truth is not for men who haven’t walked our path to judge. Men and women who haven’t had to forge a new life after trauma are not equipped to say how or when or why we should speak. Our iron resolve is seen as suspicious, curious. Our mere existence after the fires we’ve walked through makes you question if a match was ever lit. You, the men and women who can’t know the truth, you see our strength and lives well lived and make the ridiculous assumption that rape is no big deal. That being dehumanized and violated is akin to bad sex.

We hear you scoff at and minimize terror. We see you sneer in disbelief when we stand upright and tell our stories. We hear you shame us. Fret over our abuser’s future and his good name. We hear you liken his loss of reputation or job or freedom to a kind of death. We hear you worry about his impending non-death, ignoring the fact that he’s already killed us.

We hear all of this and wonder why we would ever tell.

We hear of men getting a slap on the wrist for raping and choking and penetrating unconscious women. We hear young girls get blamed for their pastor or teacher or neighbor abusing them. We watch institutions get tax breaks while raping altar boys. We see men get promoted and elevated who take from women. We see young boys getting virtual high fives from the courts when their teacher abuses them, instead of the justice they deserve.

We are the forgotten girls and women and boys and men. Those you forsake and dismiss. The ones you try to discredit. The ones you accuse of lying -as if admitting you’ve died at the hands of sick, cruel men is something anyone would voluntarily claim.

Survivors don’t create false enemies. People who have endured battles don’t create fake wars. Those in power will claim the victim status to justify their grasping for more power. They will create enemies out of ghosts and narratives out of lies. They send young men off to fight battles they could never fight themselves. They pat our heads and say they are doing it all for us, then shove us over the cliff as soon as we turn our back. They are using you. And me. And anyone who isn’t in their club.

We are the women and men who say #MeToo. We are the ones who have risen from the ashes of a world that sees us as expendable. A world created by the men grasping at power. A world they enabled and perpetuated.

We are the girls and boys and women who will not allow you to use your patronizing protection of us to justify the abuse of others. You cry What about the women and children!  You fein concern for our safety in the Target bathroom, but scoff at the very real scars we show you. You use us to lock up and abuse black men. You drag them behind pick up trucks for whistling at us or hang them from trees for looking at us wrong. You screech from your saccharine coated throats about gangs and immigrants and protecting the women and children but elevate the wealthy white men who rape and beat us with impunity.

You tell us we’re overreacting when you have barely seen a glimpse of our fury. You pretend confusion or ignorance. #MeToo? What is this? Surely this can’t be so?  We see you. We see right through you. We see you use us as a shield for your bigotry and supremacy. All while ignoring the real threats. Men like you are the real threat. Men who abused us and raped us. Men who laughed or stood by or shrugged it off. Men who act confused and suspicious about the reality of this world that has existed since the beginning of time. We see you.

We watch you step over the bodies of the girls and women you claim to love while you climb your way to power. Your casual indifference and faux pity is noted.

So is your fear. You are threatened by us. Our #MeToo, our voices, they threaten your grip on power. They shake your hold on oppression. Without us you have no excuse to start wars and shut down progress and lock up innocent men and familes.

We’re the men and women who have our own scars and our own stories and we’re done staying silent and in the shadows. We are the people who will fight til our last breath so that our daughters and sons never have to live with ghosts of their own.

We are all the forgotten ghosts you refuse to acknowledge. Grit and fury is in our DNA.

We will not let their deaths be in vain, those whose lives were stolen by sick men. The ghosts we live with. We will avenge them, not with the blood of  men, but with the truth. We will scream their truth until you can’t forget our ghosts either. Until you can’t close your eyes without seeing the faces of the lives snuffed out by sick and depraved people. Until their stories are your background music too. You will see our ghosts, but more importantly, you will see who rose from their ashes. The survivors. We will speak our truths until your ears bleed from knowing and your brains are seared with our stories. Until you can no longer languish in cruel indifference. Until you can’t unsee the horrors your apathy has enabled.

There is no more peace for you, as long as you pretend not to see. No more allowance for apathy or ignorance when truth is staring you in your face.

No rest for abusers. No refuge for rape apologists and misogynists. No comfort for bigots who use our pain to justify their ends. No refuge for men and women who allow it to continue and minimize it.

The dead can’t talk, but we can. 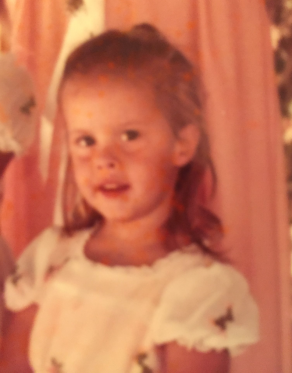